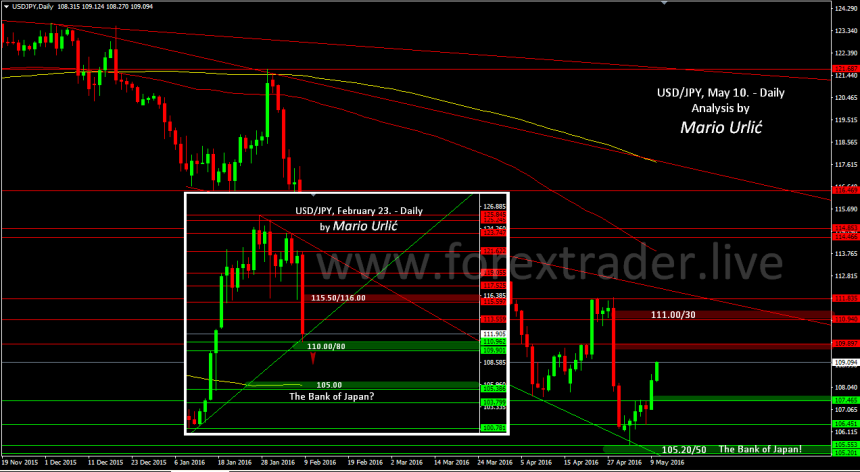 If you can remember my USD/JPY analysis from February 23., I wrote in wich level the BOJ could be ready and I pointed 105.00/50 as the possible one. As you can see, after the pair reached that level, the BOJ is talking about possible intervention in the FX market for days, in the last two we can hear that specificly from the BOJ’s finance minister, after wich the pair is unstoppable on the way up. This is more a ‘talk intervention’, but as you can see it’s serious enough for now. As you can see, the pair has already reached 109.25 high today. Where is the resistance? The possible first serious one is at 109.60/90 and the strong sellers are waiting at 111.00/30. We will see in wich one the sellers could be safe from BOJ and where they will return in to the Japanese currency!?

tagged with my best analysis, usd/jpy