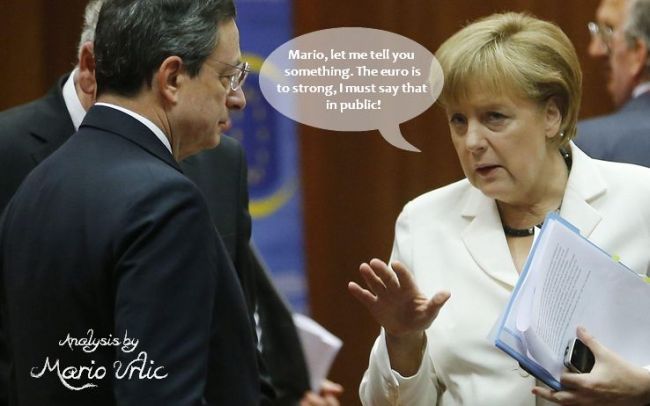 EUR/USD fell sharply true the support after Angela Merkel said, that too much strength in the Euro would limit the effectiveness of reforms in Spain and Ireland. As I see it, they were surprised how the Euro is holding well after Greek deal failure in this week and if it’s not Draghi’s that is dovish, it must be someone else, the important one. Who may be better than the German Chancellor Angela Merkel. Nice move, let’s follow what next. Take a look at my yesterday’s chart. Imagine what would happen if Greek deal was successful. Both of them should ‘act’. 🙂