ECB leaves interest rates on hold, but there is Draghi coming up! 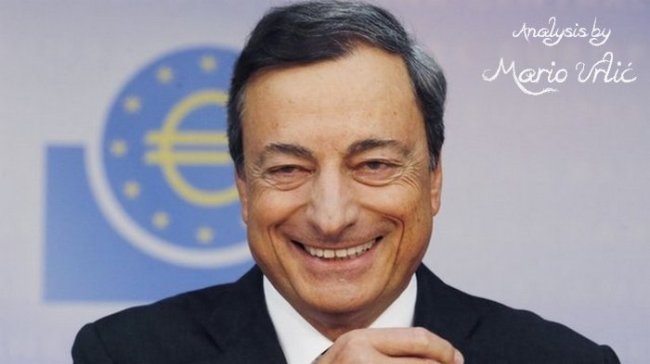 ECB Monetary Policy statement and Press Conference will start in about 15 minutes, at 12:30 (GMT). Be very careful if you trading euro pairs, I hope that you are aware how Mr. Draghi could be dovish in his statements, but euro could move both ways strongly! As I wrote in my headline, ECB leaves key interest rates on hold: refi rate 0.05%, depo rate -0.2%, marginal lending facility +0.3%.

You can watch the event and Mr.Draghi LIVE. Press conference following the meeting of the Governing Council of the European Central Bank on 15 April 2015 at its premises in Frankfurt am Main, Germany, starting at 14:30 h CET (12:30 h GMT): 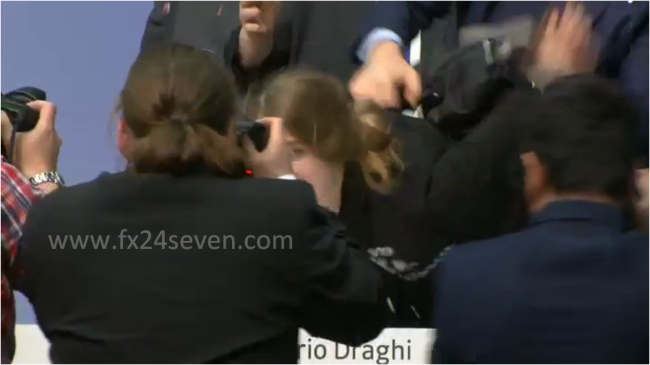 Edit: 14:50 h CET. The woman jump on the table in front of Mr.Draghi, yelling “end ECB dictatorship”! Mr.Draghi was frozen in the moment. The euro don’t move much during the talk, but this is a very interesting Press Conference! 🙂 Btw. Mr. Draghi is not dovish after, he must be scared of the possible second ‘attack’. 🙂